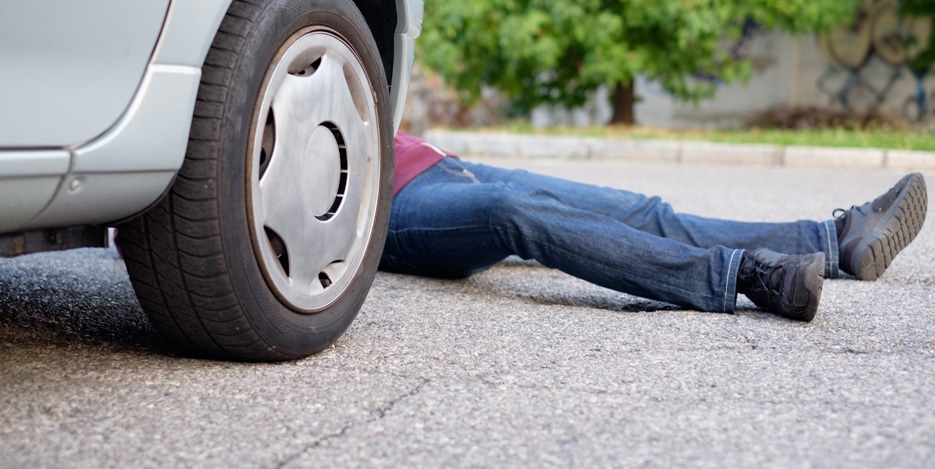 Although considered a lesser offense, criminally negligent homicide falls under murder, according to state statute. A person may be charged with negligent homicide if he or she unintentionally kills someone as the result of extreme recklessness, while engaging in unlawful or lawful activity. Laws and circumstances surrounding negligent and vehicular homicide can be complex, and if you’re facing negligent homicide charges, you may benefit from professional legal guidance.

Criminally negligent homicide is the extreme disregard of human life or safety; one example might be a death related from leaving a loaded firearm within reach of a small child. Vehicular homicide is when an individual’s extreme reckless actions behind the wheel result in the involuntary killing of a person. For example, someone driving intoxicated and speeding who strikes another car and causes the death of a passenger can be charged with vehicular homicide.

The Hartford homicide defense attorneys at Barry, Barall & Spinella, LLC have decades of experience defending clients against serious charges, including murder, manslaughter, and homicide. When we take your case, we aggressively fight for you – working and negotiating to have your charges dropped or minimized. We work to give you the best chance possible for a favorable outcome. Contact us today.

Negligent vs. vehicular homicide in Hartford

Although criminally negligent and vehicular homicide are both considered homicide under the eyes of the court, there are a few key differences between the two.

The courts typically decide on whether homicide charges include negligence by considering the intent of the accused. If someone was planning on taking the life of another, planning, and having clear intent, he or she will likely be charged with murder. On the other hand, negligent homicide occurs when there was no intent or premeditation on the part of the accused.

According to CGS § 53a-58, a person is guilty of criminally negligent homicide when, with criminal negligence,  he or she causes the death of another person, except where  he or she caused the death by a motor vehicle. The criminal part comes in because the individual should have known his or her behavior was risky and dangerous to other people. There may be lower or no intent, but it is still a crime. In Connecticut, criminally negligent homicide is a Class A misdemeanor.

Often, we see clients who’ve been charged with murder or manslaughter and seek to lessen the offense to criminally negligent homicide, a lesser offense. In these circumstances, you may be able to avoid having a felony on your record.

Negligent homicide with a motor vehicle, also called vehicular homicide, is when an individual causes the death of another person while operating any type of motor vehicle recklessly and negligently. This means the driver of said vehicle failed to use the care a reasonable person would use under same circumstances and, as a result, a person died. This person can be another driver, passenger, motorcyclist, bicyclist, or pedestrian.

Someone might be charged with vehicular homicide if he or she strikes and kills a pedestrian while unlawfully passing a school bus, or running a stop sign while texting. In both of these cases, a person should reasonably know these actions are reckless and dangerous.

Our homicide defense attorneys work to have the charges against you minimized and lessened, keeping felonies and the most serious crimes off your record.

How a Hartford criminal defense lawyer can help

No matter what the circumstances of your negligent homicide case, whether it involves criminal or DUI charges, experienced defense attorneys can provide skilled and custom legal guidance. We investigate every aspect of your case, working with you every step of the way in considering your best options. When it’s in your best interest to fight the charges, we fight the charges. When it’s in your best interest to negotiate down to lesser charges, we put our skills to work for you.

Remember, homicide is one of the most severe criminal offenses with which one can be charged. This particular crime has many levels of severity – from felony to misdemeanor. If you’ve been arrested and charged with any form of homicide, your future and freedom are at stake. It’s also important to remember that charges don’t mean a conviction. The longer you wait to consult with an attorney, however, the longer the prosecution has to build a case against you. Don’t let them – start your defense today.

At Barry, Barall & Spinella, LLC, our negligent and vehicular homicide defense attorneys can help when you’re facing charges of criminally negligent homicide. Our extensive experience in criminal defense protects your rights and ensures you’re treated fairly throughout the criminal justice process. Get in touch with us today for tenacious defense. We’re located minutes off I-384 in Manchester. To schedule a consultation with one of our lawyers in Hartford or Manchester, please call 860-649-4400 or fill out our contact form.