Home / Blog / Competency to Stand Trial in Connecticut: What You Should Know 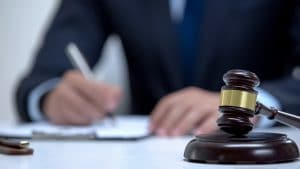 As you likely know, a person deemed incompetent to stand trial cannot be convicted of a crime. As United States citizens, we have the right to due process after being charged with a crime, and this includes fair court proceedings. If an individual is charged with a criminal offense and deemed unable to understand the charges against them as well as assist in their own defense, criminal proceedings must wait.

Either the criminal defense attorney, the prosecuting attorney or the judge can raise the issue of incompetence, and they may do so at any point during proceedings, as long it’s before sentencing. A judge doesn’t need a defendant’s consent for a psychiatric evaluation, and if the defendant refuses to cooperate, a medical examiner can also take that into consideration.

After a person is declared incompetent

If a judge finds a person is incompetent to stand trial, CT statute 54-56d allows them a period of psychiatric treatment until a mental health professional can determine they are fit to stand trial. If a defendant is found to be incompetent and “unrestorable,” state law has always mandated competency reviews every six months to ensure that status remains unchanged.

These reviews continue until either the person is declared competent to stand trial, or the time within they would be prosecuted for the crime expires.

Important changes to this legislation

A recent amendment added to this legislation added protections for certain individuals with intellectual disabilities and severe mental illnesses. Connecticut HB-5557 did not change the law regarding competency reviews – however, it did provide judges with greater discretion in determining how frequently a defendant should be examined for competency to stand trial. The goal of the bill was to eliminate unnecessary proceedings that could be detrimental to the defendant’s mental or physical health.

One of the major supporters of this bill was Diane Olmstead of South Windsor. Her son Aaron, diagnosed with a genetic condition called Fragile X syndrome, assaulted a staff member at the group home in which he lived. Fragile X is an incurable and rare genetic condition, and it presents with learning disabilities, anxiety, hyperactive behaviors, and sometime with seizures. The six-month evaluations were a cause of increased anxiety, and caused his mental condition and behavior to steadily deteriorate. It would never get any better for Aaron, because even with treatment, his condition would always be present.

How do we know? We represented Aaron. We saw the effects firsthand on Aaron and his family.

With this amendment to the law certain individuals charged with crimes resulting in death or serious physical injury who are found likely to never regain competency after their six-month evaluation will instead be required to have competency examinations no less than every 18 months. It’s a good amendment, and we strongly support it.

If you believe you or your loved one are incompetent to stand trial, it’s crucial you speak to an experienced criminal defense attorney right away. Everyone is afforded the right to due process under the law. The lawyers at Barry, Barall & Spinella, LLC can provide informed guidance during every step of the criminal justice process. Contact us in Hartford or Manchester at 860-200-3430 or fill out our contact form to learn more.