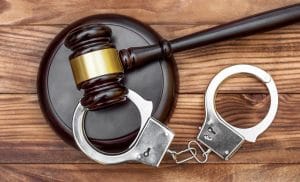 Suppression of evidence is a fancy way of saying the evidence can’t be used in court. In order to suppress evidence, the criminal defense lawyer must file a formal motion to exclude the evidence. The motion can be filed in federal or state court depending on where the case is being tried.

The motion to suppress is heard by the judge who decides the case. A hearing is normally held, unless the motion can be decided on legal issues alone, to determine whether the evidence is relevant to your case, and whether it was properly obtained.

There may be other reasons to file a motion to suppress depending on the police conduct, the criminal charges, and the facts of your case.

What are your Fourth Amendment Rights?

The Fourth Amendment to the US Constitution requires that a person, the person’s home, and his or her papers and effects, can’t be searched without a warrant. Warrants should only be granted if the police have probable cause to believe that evidence of a crime is located within the area of the desired search. The Supreme Court’s Exclusionary Rule requires that evidence that was seized in violation of the Fourth Amendment be excluded from any trial.

The Supreme Court has crafted several exceptions to when searches and seizures can take place without a warrant. For example, many warrantless searches during car stops are valid if the police have probable cause to conduct the search. Criminal defense lawyers will argue the exceptions don’t apply. In most cases, it is not difficult to obtain a warrant, and police should follow this simple procedure. Warrants themselves can be attacked in a suppression hearing if they weren’t supported by an oath or affirmation.

What are your Fifth Amendment Rights?

The US Constitution’s Fifth Amendment requires that the accused are not obligated to incriminate themselves. If a defendant gives an unauthorized confession or makes an involuntary statement against his/her interest, the admissibility of the confession or statement should be challenged in the suppression hearing. A Motion to Suppress is standard procedure when a police officer fails to read the Miranda warnings to any suspect.

What are your Sixth Amendment Rights?

The U.S. Constitution’s Sixth Amendment provides that the accused has the right to the assistance of counsel for his/her defense. This means that once you are arrested, you have the right to hire a lawyer to represent you. The police have a duty when you are accused of a crime to inform you of your right to have a lawyer.

If the police fail to advise you of your right to an attorney, or if they fail to cease questioning you until your lawyer arrives, then any statements you make may be suppressed because you did not have your lawyer. Depending on what happened after you said you wanted to consult with your lawyer, other evidence such as physical evidence may also be suppressed.

How does a failure to follow the chain of custody requirements affect your case?

Once the police seize evidence (such as fingerprints, drugs, or the results of a breath test), they are required to account for the location and security of that evidence from the time of seizure to the time of the suppression hearing. Evidence should be properly tagged and secured. Otherwise, it is not reliable and should be suppressed.

Other reasons to suppress evidence may apply depending on the type of evidence, how the evidence was obtained, the stage of the criminal cases, and other factors.

Can DUI tests be suppressed?

The police need to comply with proper police procedures before they can stop you, and before they can administer any field sobriety, breath, or other chemical tests. The tests must also comply with specific standards. In many DUI cases, the validity of the tests are critical to the prosecution’s case. If the test results can be suppressed, often the charges will be dismissed, a plea reduction to a traffic offense can be negotiated or you can be granted a diversionary program that will clear your record upon successful completion of the program.

Some of the challenges to a DUI test include:

Other challenges could include questioning the timing of the test in relation to the stop, whether the police officer was properly certified to give the test, and other factors.

Additional challenges may be raised for blood and urine tests.

When police and the government fail to honor your rights and fail to collect and preserve evidence properly, it is only fair and just the evidence be excluded from your trial. The experienced Manchester criminal defense lawyers of Barry, Barall, Taylor & Levesque, LLC, fight to make sure defendants are treated fairly and justly. For help with any criminal charge, please call or complete our contact form to schedule an appointment. We serve the Hartford and Manchester courthouses and the surrounding areas.