Skip to content
Home / Blog / Have You Been Falsely Accused of Sexual Assault in Connecticut? 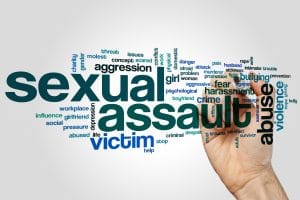 If you have been accused of sexual assault, refuting those allegations can be extremely difficult for a number of reasons. First of all, an alleged encounter of this nature often happens in a private setting. As such, there are no witnesses to corroborate either party’s version of events. In addition, the media, law enforcement, and others in society may be more inclined to believe the accuser and approach the case with an unfair bias against you, instead of the standard that governs our legal system – innocent until proven guilty.

According to the National Sexual Violence Resource Center (NSVRC), as many as 1 in 10 allegations of sexual assault filed are false reports.

What to do immediately after a false accusation of sexual assault

When you are on the receiving end of a false allegation of sexual assault, the first thing to remember is that you are not obligated to say anything to law enforcement. You have the right to remain silent. In addition you have the right to speak with an attorney.

It is important to preserve any evidence you think could support your case and establish your innocence. This may include text messages or social media messages with the victim, in addition to any written letters you may have received from the victim or copies of letters you may have sent to the victim. Other evidence that may be helpful to your case may include receipts showing where you were at the time of the alleged sexual assault. From this evidence, you may be able to prove that you were not at the location of the alleged offense.

Under the law, you are presumed innocent. However, if you fail to cooperate with authorities handling your case, they may not exhibit much patience with you in their investigation.

At the same time, you do not want to provide this cooperation without the help of an experienced sexual assault defense attorney. Never try to explain yourself to police. You may become flustered, confused, or compelled into saying something that can significantly damage your case.

Fighting the allegations on your own is not the way to go. You need a legal advocate who has the skills and training to mount a persuasive defense on your behalf. Without the help of such an attorney, you may fail completely in the effort to gather sufficient evidence, question your accuser, identify inconsistencies and errors in his or her story, and also discover issues with any inadequate procedures used by law enforcement or the prosecution.

At Barry, Barall & Spinella, LLC, our Manchester, CT sexual assault defense attorneys understand the traumatic and devastating consequences of becoming the object of a sexual assault claim. We are here to help you clear your name through a careful and intelligent defense against the state’s charges. To set up a consultation about your case with one of our experienced attorneys, give us a call today at 860.649.4400 or leave us a message through our contact form. Proudly serving Manchester, Hartford, and the surrounding areas.