Skip to content
Home / Blog / How Does the Exclusionary Rule Work in Connecticut? 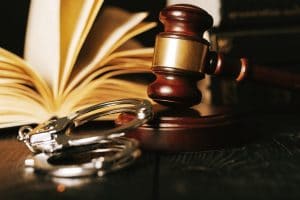 A defendant in any criminal proceeding has the right to challenge the admissibility of improperly obtained evidence. Experienced Hartford criminal defense lawyers often file formal motions to suppress evidence if the evidence was seized illegally. A few examples of illegally seized evidence include searching your home because you look like someone else, searching you because your refuse to answer questions, or randomly stopping cars and searching them without preapproved authority.

Illegally obtained evidence also includes statements you make that are against your own self-interest – statements that incriminate you or that were made after you requested an attorney without granting your right to a lawyer.

Suppressing evidence means that evidence that is seized or acquired illegally cannot be presented at your criminal trial. Another word for suppression is exclusion. The judge who decides the issue of whether evidence is suppressed generally must exclude any evidence that was seized in violation of your U.S. Constitutional rights. Exclusion is a way of protecting citizens from improper police actions and also forces the police to do their job – which is to gather evidence in accordance with current laws.

The part of the Fourth Amendment that applies to searches is:

“The right of the people to be secure in their persons, houses, papers, and effects, against unreasonable searches and seizures, shall not be violated, and no warrants shall issue, but upon probable cause, supported by oath or affirmation, and particularly describing the place to be searched, and the persons or things to be seized.”

The applicable part of the Fifth Amendment is, “No person shall…be compelled in any criminal case to be a witness against himself.”

The Sixth Amendment provides, “In all criminal prosecutions, the accused shall…have the Assistance of Counsel for his defense.”

The basis for the exclusionary rule

While the Fourth Amendment states when searches are legal and when they are not, it does not specifically say what should happen if the police act illegally. The Supreme Court, in the case of Mapp v. Ohio, clarified what should happen when police don’t do their job, creating a rule called “the exclusionary rule.” The exclusionary rule makes clear that the penalty for obtaining any evidence of drugs, alcohol, cash, property, or other possessions is that the police and prosecution can’t use the evidence in the trial against you.

The underlying basis for the rule is that the police should obtain a warrant based on probable cause if they don’t have reasonable grounds to stop you. They must respect your right to remain silent and not try to force a confession of any kind. The police should stop questioning you when you request the right to speak with your lawyer.

As with most rules, there are exceptions and adjustments:

While many cases such as car searches are fairly well established, new cases are being evaluated for admissibility or exclusion based on social media, online records, and smartphones.

At Barry, Barall, & Spinella, LLC, our Hartford criminal defense lawyers assert every possible legal and factual argument on your behalf. In cases such as drug possession, we understand that the motion to suppress hearing is often the most critical part of your case. We fight to exclude confessions and statements made against your interest. We have a strong track record of success obtaining acquittals, dismissal of charges, and negotiating plea agreements.

Call us at  860-649-4400 or use our contact form to schedule a free consultation. We have offices in Hartford and Manchester Connecticut.