Skip to content
Home / Blog / Should You Appeal the Decision in a Criminal Case? 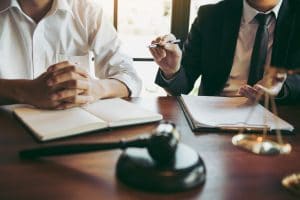 A finding of guilt by a jury isn’t the end of the line. Many criminal convictions have been overturned on appeal. Cases in Manchester and Hartford can be appealed to the Connecticut Appellate Court and to the Connecticut Supreme Court. These higher courts usually review questions of law that were made in the trial of your case.

The reasons for filing an appeal depend on a variety of issues such as the type of charges and what happened during your trial. Some of the general reasons you can file an appeal include:

Unethical actions by the prosecution and ineffective assistance of counsel are other reasons for appealing a criminal case.

The experienced Manchester criminal defense lawyers at Barry, Barall, Taylor & Levesque, LLC, have a strong track record of success in obtaining dismissals and acquittals. We also have negotiated numerous plea bargains that reduce the charges to less serious offenses. If a conviction does occur, we’re ready to file appeals when there were judicial or prosecutorial errors. To review all aspects of a criminal charge from arrest through trial and appeal, call us at 860-649-4400 or use our contact form to schedule an appointment. We represent defendants in Hartford, Manchester, and throughout the state. Please note: all Manchester cases are currently being heard in Rockville Court in Tolland County.