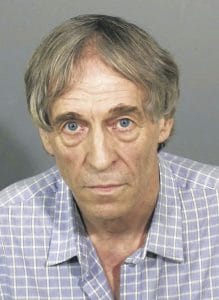 On September 29, Connecticut’s Supreme Court reversed Glastonbury resident Bruce Bemer’s felony conviction, stating prosecutors failed to prove the key element of the crimes with which he was charged – that he was actively participating and aiding in the act of sex trafficking. Bemer was originally convicted on four counts of patronizing a prostitute who was a victim of human trafficking, and one count of intentionally aiding in trafficking the men he paid for sex.

Bemer’s defense attorneys included Ryan Barry of Barry, Barall, Taylor & Levesque, LLC, who commented, “It’s great to see the Supreme Court deliver justice for our client after all these years.”

According to the Harford Courant, in the original 2019 trial, Bemer did not dispute that “he paid thousands of dollars for sex with at least five drug addicted or mentally unstable young men who had been procured for him” by Danbury pimp Robert King. However, Bemer denied ever knowing that King “coerced the young men to become unwilling participants in a male prostitution ring by extortion and the withholding of drugs.”

In their decision upholding Bemer’s appeal, the Supreme Court wrote, although the association between the two men could be deemed “suspicious,” making that correlation was “weak.”

Justice Raheem L. Mullins wrote in the Court’s decision, “Indeed, there was no evidence that, during the years that King arranged men for the defendant, the defendant ever witnessed any of King’s recruitment tactics or was told by any of the individuals that they felt forced, coerced or defrauded into engaging in sexual conduct.”

The court further explained, “In other words, the defendant asserts that the state did not produce sufficient evidence to demonstrate that he knew or reasonably should have known that the men were engaged in prostitution because they had been compelled or induced to do so by means of fraud or coercion. We agree.”

Barry, Barall, Taylor & Levesque, LLC understands that your very freedom is at stake when you’re facing criminal charges. For a thorough case evaluation and consultation with one of our lawyers in Hartford or Manchester, please call 860-649-4400 or fill out our contact form.