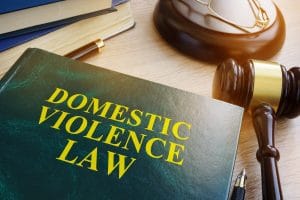 Most charges of domestic violence begin with an investigation and an arrest by a peace officer. In Connecticut, a domestic violence charge can be brought if someone assaults, stalks, or threatens another person who is a member of your household or a person you’ve dated. This includes spouses, former spouses, parents, anyone related by marriage or blood, people who reside in the same home, people who have a common child, or people in or recently in a dating relationship.

Some of the many possible domestic violence charges include, according to the Connecticut Coalition against Domestic Violence:

Defending against charges and accusations of domestic violence

The defenses to domestic violence charges that apply vary depending on what charge is being made. Some of the common defenses that may apply to most charges include the following:

At Barry, Barall, & Spinella, LLC, our Hartford and Manchester domestic abuse lawyers fight to assert your right to a strong defense. We are experienced trial lawyers who understand how to question police officers and witnesses. We work to achieve amicable solutions and dismissals of criminal charges. If you’ve been charged with a domestic violence crime in Connecticut, call us at 860-649-4400 or use our contact form to schedule an appointment. We represent clients in and near Hartford and Manchester.