Skip to content
Home / Blog / Yes, You Need a DUI Defense Lawyer for a First Offense 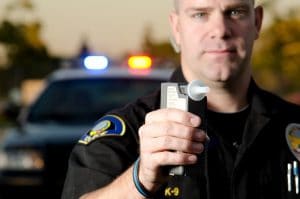 Driving under the influence laws in Connecticut have become harsher over the past few years as the state has recognized that penalties need to be stricter. Even if you are facing a first-time offense for DUI in Connecticut, it is a smart move to hire a DUI lawyer to defend you in court. DUI penalties, if convicted, are at the discretion of the judge presiding over your case based on a range outlined by the law.

The penalties for a first DUI conviction in Connecticut are as follows:

Is plea bargaining an option?

If there is any amount of doubt about your case, including the evidence against you, it might be time to consider a plea bargain. It is recommended that you do not represent yourself when fighting a DUI charge, even if it is your first offense. A plea bargain is when you agree to enter a guilty plea with the court in exchange for lower penalties.

The following are common defenses that can raise doubt about whether your arrest in a DUI case was warranted:

An attorney can help obtain a reduced sentence

Again, representing yourself in a first offense DUI might not end in your favor. An experienced Manchester DUI attorney can help you obtain a reduced sentence without plea bargaining. Judges see so many DUI cases that they likely impose the same sentence for all first-time offenders without looking clearly at each case. Your attorney will likely know what legal factors go into convincing a judge to issue you a reduced sentence.

These are serious issues that could land you in jail for more than a year along with stiff fines. You could also lose your driver’s license for more than one year. This is a situation where an attorney would have a greater chance of lowering your sentence than if you represented yourself.

It is not impossible to represent yourself in court when negotiating a plea bargain or sentence, but your chances of succeeding improve when you are represented by an experienced lawyer. Call the office of Barry, Barall, Taylor & Levesque, LLC, at 860-649-4400 or complete our contact form to schedule a consultation. We represent clients facing DUI charges in Hartford, Manchester, and the surrounding areas.