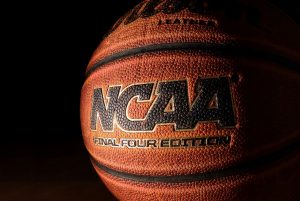 Learn more about the NCAA guidelines

High school and junior college athletes struggle with the decision about where they will play their Division I years when the time comes. This decision has recently become even more difficult due to the ongoing pandemic. As a result, many athletes have transferred to new schools since the academic year began in September due to restrictions on sports in several states.

Those athletes, under normal circumstances, would lose a year of eligibility at the Division I level, having to sit out for at least one year under national regulations. However, a recent ruling from the NCAA has changed the rules for transfers.

This is a historic vote for the NCAA, which reportedly will consider widespread changes to its rules governing transfers moving forward. One potential change is that the NCAA may permit a one-time blanket waiver for athletes who wish to transfer to a new school, and not force them to sit out for one year prior to being eligible to play. This vote by the NCAA Division I Council is expected to occur in January.

The waiver for the remainder of the 2020-2021 academic year comes on the heels of a vote held by the NCAA Board of Governors. The vote granted all fall 2020 athletes an extra year of eligibility, no matter their status in the fall. For example, if an athlete decided to opt-out of the fall 2020 season, he or she would not lose that year. If the athlete opted to play, he or she would still have an extra year of eligibility. This is a similar decision to one made for spring 2020 athletes.

Statement from the Division I Student-Athlete Advisory Committee

The Division I Student-Athlete Advisory Committee released a statement to ESPN via vice-chair Caroline Lee:

“We are thrilled at the passing of the blanket waiver, as we believe it is in line with D1 SAAC, ensuring that all of our student-athletes have the best opportunity to thrive both academically and athletically. In a time of great uncertainty amidst the COVID-19 pandemic, we feel it is in our best interest to grant immediate eligibility for those who have transferred to best support their mental health and well-being.”

What about denied waivers or requests in limbo?

At the time of the vote held by the NCAA Division I Council, there had already been a handful of waiver requests denied and more in limbo (those that had been filed but a ruling not yet issued). The NCAA has not issued any guidance or answers for athletes who already had waivers denied or whose waiver was in limbo at the time of the vote.

The team at Barry & Barall, LLC, understands the struggles of NCAA student athletes, especially those playing during the COVID-19 pandemic. We fight for the rights of student athletes to play the sport they love without losing a year of eligibility. We have represented athletes from around the country, and have handled investigations into programs, coaches, and athletes themselves. Call our team today at 860-649-4400 to schedule a consultation. You can also complete our contact form online. We represent clients in Hartford, Manchester, and the surrounding areas.