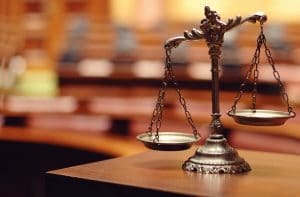 In what has been a longstanding battle regarding student-athlete compensation, the United States Supreme Court has announced that it will hear a case involving the NCAA. The NCAA filed a petition with the court that defends the restrictions it has in place for student-athlete compensation. This case, pending the outcome, could have big implications on how the NCAA is permitted to govern its athletes.

The petition filed by the NCAA argues that “the rule changes that the 9th Circuit’s decision requires, moreover, will fundamentally transform the century-old institution of NCAA sports, blurring the traditional line between college and professional athletes.”

NCAA seeking ruling after the court of appeals decision

With the petition, the NCAA is seeking a different ruling from the Supreme Court after a decision levied by the U.S. Court of Appeals for the 9th Circuit. The decision from this court noted that the compensation restrictions set forth by the NCAA are anti-competitive under the country’s anti-trust laws.

In its ruling from March, the appeals court noted that the NCAA should not be allowed to put a cap on compensation related to education or cap the benefits college athletes can receive at the Division I level if they play basketball or football.

The Court of Appeals ruling agreed with the ruling from U.S. District Judge Claudia Ann Wilken, which said that the NCAA is not permitted to place restrictions on compensation related to education for Division I athletes who play football or basketball.

Since the Supreme Court accepted the petition from the NCAA, this would mark the first case since 1984 that the highest court in the country would issue a ruling involving the college organization. That case, NCAA v. Board of Regents, removed the NCAA’s control over television rights with the ruling from the Supreme Court.

Changing times among the collegiate ranks

The college athletic ranks are in the midst of changing times and this court case could simply be a precursor of things to come. Congress is mulling multiple pieces of legislation that would permit student-athletes to earn money based on the use of their name, image, and likeness (NIL). To date, five states have passed legislation permitting student-athletes to earn money from endorsements and 12 other states are considering passing similar pieces of legislation.

The NCAA is mulling a change to its policies

Even with the pending case in the Supreme Court, the NCAA is mulling a change to its policies regarding the compensation of student-athletes. The Division I Council, because of growing pressure, is slated to vote on a new measure in January that could allow athletes to be compensated for their NIL beginning in August 2021. The Division I Council is made up of stakeholders, athletes, university administrators, and conference officials.

If you or your child is a student-athlete and has an interest in compensation for their NIL, it’s time to consult an experienced student-athlete attorney from Barry, Barall, Taylor & Levesque, LLC. Call our office at 860-649-4400 or complete our contact form to schedule an appointment. Our team represents student-athletes in Hartford, Manchester, and the surrounding communities.