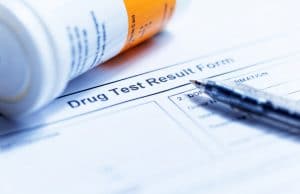 The NCAA requires that all student athletes consent to drug testing before they’re allowed to compete. While the NCAA does generally have the right to condition a student’s playing time on these tests, the experienced Hartford NCAA infraction lawyers may be able to challenge unsatisfactory outcomes. This could include contesting the accuracy of the tests and the chain of custody of the test results. Attorneys may also challenge when, how often, and under what circumstances these drug tests are given.

The NCAA Constitution 3.2.4.7 and NCAA Bylaw 12.7.3 set forth the requirements and the details of the consent form students must sign:

What does the consent form mean?

Signing the consent form means that the student understands the following:

Student-athletes who test positive for banned drugs do have appeal rights.

At Barry, Barall, & Spinella, LLC, we understand that the NCAA wants to ensure that competition is based on the physical and mental abilities of the athletes and not any drugs or narcotics that would give the athlete and their school an unfair advantage. Our Hartford NCAA drug consent lawyers also understand that a positive drug test can affect your ability to play, your reputation, and your future livelihood. We fight to present every defense available and to negotiate with the NCAA where possible.

For help with any NCAA drug violation charge, please call us at 860-649-4400 or use our contact form to speak with our experienced NCAA defense lawyers. We have offices in Hartford and Manchester.