Home / Blog / The Four-Level Violation Structure in the NCAA 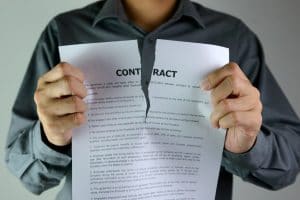 The National Collegiate Athletic Association (NCAA) has a four-tiered structure designed to address breaches of the NCAA Constitution and bylaws. According to the President of Oregon State University and the former chair of the NCAA Executive Committee, “Having four levels of violations is helpful because it allows us to distinguish between severe and significant in the new structure as opposed to simply major and secondary violations in the previous [2013] model.”

There are four levels of violations, according the NCAA.

Level I: Severe breach of conduct

This level of breaches covers “violations that seriously undermine or threaten the integrity of the NCAA collegiate model as set forth in the Constitution and bylaws.”

The violations are aimed at fair play so that no one school has a competitive or recruiting advantage over another school or receives a substantial benefit that is not permissible.

Examples of level I violations include:

These breaches cover the same types of competitive advantages, recruitment advantages, and impermissible benefits as Level I breaches. The difference from a Level I violation, however, is that the advantage exists but is not as great or substantial as the Level I advantage. They also involve breaches that could compromise the integrity of the NCAA collegiate model as set forth in the Constitution and bylaws.

These breaches are more serious than Level III violations. Examples include:

These NCAA violations are usually limited in scope and provide only a minimal competitive, recruiting, or other advantage. Any benefit is normally small. However, a collection of multiple Level IV violations may be considered a Level III violation.

These NCAA violations are smaller infractions that are isolated and technical in nature and result in a negligible competitive advantage. Violations at this level typically don’t affect intercollegiate athletic eligibility.

College students can discuss their rights to contest NCAA violations with experienced Hartford NCAA violation lawyers. Our attorneys understand when and how athletes can contest or respond to allegations of misconduct by the NCAA. We explain your rights, provide the appropriate defenses, and are ready to appeal any violations where the NCAA failed to protect your rights or where the complaints are without merit. We proudly represent student athletes throughout Connecticut, including those attending:

We work to get you back in school and back on the playing field. Our firm, Barry, Barall, & Spinella, has offices in Hartford and Manchester. Call us at 860-649-4400 or fill out our contact form to make an appointment.